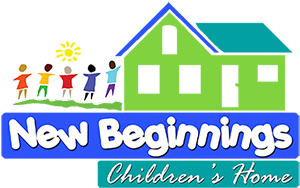 As a retired Career Air Force Officer who trained officers and conducted top-secret missions in the Middle East, Dr. Vaughn received his call to start the development of the New Beginnings Children’s Home in 2004.

Dr. Vaughn is also the chairman and CEO of the International Community Development Corporation. Since 2002, this organization has played a fundamental role in developing city plans to invigorate sectors of San Antonio. The mission of this corporation is to develop the community through a holistic approach of empowerment and revitalization by linking and leveraging local, national, and international resources. The services provided by this organization benefit the community in the areas of education, community development, and family and social programs. He also was the pioneer in getting what many believe to be the first 9-11 Memorial & Educational Initiative in the United States – A San Antonio Homeland security education site. In 1997, he instituted Jarel's Toy Chest, an annual free toy giveaway uniting with local businesses to give thousands of toys to inner city children each Christmas.

In 2003, Dr. Vaughn was appointed by Governor Rick Perry to serve on the Board of Directors of the inaugural OneStar Foundation. The foundation operates as part of the Corporation for National and Community Service and is dedicated to promoting statewide volunteerism. During his tenure on this board, Dr. Vaughn was instrumental in establishing the first State of Texas Office of Faith-based and Community Initiatives.

In 2004, Dr. Vaughn was asked to serve as part of the Bexar County Blue Ribbon Child Abuse Prevention Task force. This experience inspired him to build New Beginnings Children’s Home. The home opened in 2010 and has been a place of love, hope, and restoration for abused and neglected children.

In 2009, Dr. Vaughn was appointed by Governor Rick Perry to serve as a commissioner for The Texas Holocaust and Genocide Commission, pursuant to Senate Bill 482 passed of the 81st Legislature. The commission works with organizations, agencies, museums, survivors and liberators to help preserve information and experiences of the Holocaust and other genocide events.

He has  received degrees in Business Administration and Personnel Management. He is also a certified marriage and family therapist.

He celebrates 43 years of marriage with his wife and best friend Portia Brooks Vaughn. Together they have three married, adult children and five grandchildren (Solomon, Zachary, Zoe, Sydney, and LaSalle VI).

Portia founded Noah's Ark Daycare in 2002, with a passion to see children receive the best care possible. She has served thousands of families for decades. She has a heart to help provide counseling and nurture the family as a unit.

She also co-Founded and serves as Superintendent of New Life Christian Academy, a K3-12 accredited school.

She is a woman of purpose with a passion for children.  She also mentors a large group of women and has a Master’s degree in counseling, and has been a public speaker throughout United States and Internationally.  She resides in San Antonio, Texas where she is the proud mother of three children and five grandchildren.

Our Impact This Year

Ongoing support is important to enabling projects to continue their work, so we encourage donors to continue to contribute to projects over time. But if you must cancel your recurring donation, please notify us.